The Canadian Constitution has been trampled on and if we do not act now we will lose the freedoms granted to us in it.

Brian Peckford discussed his reentry to the political arena after denouncing the Canadian Government for infringements on the Canadian Charter of Rights, a document he played a key role in drafting.

In this intense conversation, Peckford outlines a combined plan of action against the Canadian Government over their COVID-19 response and ongoing use of power. Starting his career as an educator, the Honorable Brian Peckford then served as the premier of Newfoundland and Labrador for nearly a decade. He is also an author, former minister, and notable member of the PC Party.

The Charter’s only living signatory sues Canada over travel mandates 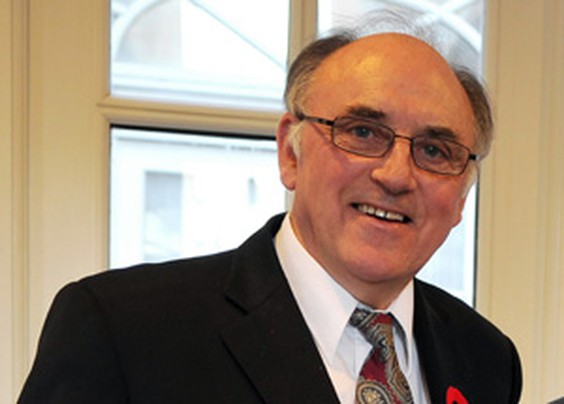 OTTAWA:  The Justice Centre for Constitutional Freedoms today filed a lawsuit in Federal Court seeking to strike down the federal government’s mandatory Covid-19 vaccine requirements for air travellers. The court action is on behalf of several Canadians from across Canada whose Charter rights and freedoms have been infringed.

On October 30, 2021, the federal government announced that anyone travelling by air, train, or ship, must be fully vaccinated. The travel vaccination mandate has prevented approximately 6 million unvaccinated Canadians (15% of Canada’s population) from travel within Canada and prevents them from flying out of Canada. Some of the Canadians involved in the lawsuit cannot travel to help sick loved ones, get to work, visit family and friends, take international vacations, and live ordinary lives.

The main applicant in the case is former Newfoundland Premier, The Honourable A. Brian Peckford. Mr. Peckford, pictured, is the only surviving drafter and signatory 40 years after the 1982 Constitution and the Charter of Rights and Freedoms was enacted.

“It is becoming more obvious that being vaccinated does not stop people from getting Covid and does not stop them from spreading it”, says the former Premier. “The government has not shown that the policy makes flying safer—it simply discriminates”, he notes. “When I heard Prime Minister Trudeau call the unvaccinated ‘racists,’ ‘misogynists, ‘anti-science’ and ‘extremist’ and his musing ‘do we tolerate these people?’ it became clear he is sowing divisions and advancing his vendetta against a specific group of Canadians—this is completely against the democratic and Canadian values I love about this country”, adds Mr. Peckford.

“The federal travel ban has segregated me from other Canadians.  It’s discriminatory, violates my Charter rights and that’s why I am fighting the travel ban,” explains Mr. Peckford.

The Justice Centre’s legal challenge cites violations of Charter rights including mobility, life, liberty and security of the person, privacy, and discrimination. The lawsuit also challenges whether the Minister of Transportation has the jurisdiction to use aviation safety powers to enforce public health measures.

In discussing effective border control measures at the start of the Covid-19 outbreak, Canada’s chief medical officer, Dr. Tam, said: “As you move further away from that epicentre, any other border measures are much less effective. Data on public health has shown that many of these are actually not effective at all… WHO advises against any kind of travel and trade restrictions, saying that they are inappropriate and could actually cause more harm than good in terms of our global effort to contain.” (Canada House of Commons, Standing Committee on Health Meeting, February 5, 2020)

The World Health Organization (“WHO”) continues to maintain that position and on January 19, 2022, urged all countries to: “Lift or ease international traffic bans as they do not provide added value and continue to contribute to the economic and social stress experienced by States Parties. The failure of travel restrictions introduced after the detection and reporting of Omicron variant to limit international spread of Omicron demonstrates the ineffectiveness of such measures over time.” The WHO repeated that countries should: “not require proof of vaccination against COVID-19 for international travel.” (World Health Organization, Statement on the tenth meeting of the International Health Regulations (2005) Emergency Committee regarding the coronavirus disease (COVID-19) pandemic, January 19, 2022.)

“Despite the confirmed science that the vaccine does not stop people from getting or spreading the virus and the repeated warnings from the WHO, it’s clear the federal government is out of step and arbitrarily restricting Canadians fundamental rights and freedoms,” says Keith Wilson, Q.C., lead counsel for the legal challenge. “It is profoundly disturbing that a marginalized group in Canada—the unvaccinated—are essentially prohibited from leaving the country,” he adds.

“Canadians have been losing hope in the Charter and our courts.  We are going to put the best arguments and evidence forward so that the court can clarify where governments overstep,” concludes Mr. Wilson.

The court will be asked to hear the case on an expedited basis given the serious infringement on Canadians’ mobility and other rights.  Canada is the only country in the developed world that has banned Covid vaccine-free travellers from air travel.